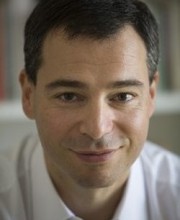 Fred Kofman is the author of Metamanagement and Conscious Business: How to Build Value through Values. He is the director of the Conscious Business Center at Universidad Francisco Marroquín and president of the academic board of Axialent.

Since 1996, Fred has designed and facilitated programs on leadership, personal mastery, team learning, organizational effectiveness, and coaching for thousands of executives and consultants worldwide.

After earning a PhD in economics from University of California at Berkeley, Fred turned his attention to teaching. He has lectured at MIT’s Sloan School of Management, and in 1992 was named Teacher of the Year. During his years at MIT, he worked alongside Peter Senge as senior researcher at the Center for Organizational Learning. Additionally, he is a founding member of the business branch of Ken Wilber’s Integral Institute.

His book Conscious Business has been translated to more than ten languages and his articles have appeared in such publications as Econométrica, Journal of Public Economics, The Fifth Discipline Field Book, and Journal of Organizational Dynamics.

Fred lives with his wife, Christiane, in Antigua Guatemala. He is a fitness enthusiast who has done extensive research on nutrition, exercise, and natural health. He enjoys outdoor sports and activities, such as hiking, mountain climbing, skiing, sailing, fishing, scuba diving, and golf (as much as anybody can be said to “enjoy” such a devilish game).