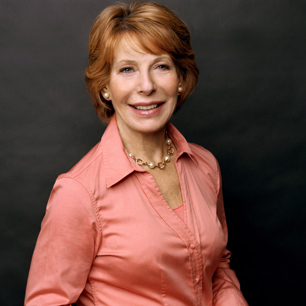 A momentous event in my seventh year started me on a lifelong passion: my grandmother gave me a typewriter. I began to write to understand what I was living.

At seven, I wanted to know what it meant for someone to dieâ€”where was the end of infinity? At 12, I was desperate to know why I hadn’t grown breastsâ€”where was the start of puberty? By 29, I needed to explore why my first marriageâ€”and so many other marriages of women and men in the late 1960sâ€”were coming apart. The women’s movement didn’t yet have a name. So I wrote my first book, a novel.

Writing, for me, became a habit of thinking. When I needed a concept to explain why both women and men seemed to stumble upon points of crisis at similar ages, my answer was Passages. But I stopped at age 50 in delineating the predictable stages of adult life. What could possibly happen after 50, I thought, that was interesting enough for a book?

Whoops! When menopause hit, and suddenly I could fry an egg on my forehead, I had to write The Silent Passage. And by the early 1990s, it was clear to me that Americans were taking longer to grow up and much longer to grow old. Adult children were flying back to the nest in their late 20s. Parents were routinely living into their 80s and 90s. I had to research and write New Passages to understand this revolution in the adult life cycle.

A few weeks after our shared national trauma on 9/11, I began following wives and husbands and parents who had lost loved ones. I needed to illuminate every stage of this tumultuous passage in American life. By studying the microcosm of one hard-hit suburb that had lost its bearings, in Middletown, America, I was able to trace the journey from trauma to hope.

In my 60s, I needed to reveal a secret: many seasoned women still feel passionâ€”for love and sex, yes, but also for a larger engagement with their culture. My response: Sex and the Seasoned Woman.

My newest book, Passages in Caregiving, was inspired by my long journey as a caregiver for my husband.

It was an uncharted journey. I wasn’t expecting it. I was not prepared. And soon, I was lost.

It was stunning to me to learn that nearly 50 million other American adults were stumbling along the same unpredictable pathâ€”trying to take care of their parents or other relatives or supporting a partner through chronic illness. The prevalence of this mostly ignored passage is staggering: in almost one-third of American households somebody is serving as a family caregiverâ€”unpaid and largely unrecognized.

I had to find a path.

On a caregiver’s retreat, I found myself walking a labyrinth. It led me in circles. I would come upon abrupt twists and turnings, and suddenly I had to switch direction. Sometimes I seemed to double back. I thought, this is just like the journey of caregiving. But it isn’t at all like the neat stages of adult development. This path is not linear. It is circular.

The labyrinth of caregiving became my metaphor for understanding the turning points that seem to be universal on this journey. I needed to relive it again and again, through the stories of hundreds of caregivers whom I followed. I felt compelled to convince other caregivers, through stories and concrete strategies, that it is in their power to help a loved one live a good, safe, and stable life, while not completely sacrificing their own.

This is why I write.

Gail Sheehy is the author of 15 books, including Passages; in May, Morrow will publish Passages in Caregiving.