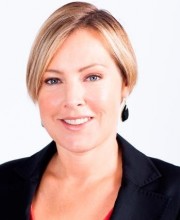 Gillian Tett oversees global coverage of the financial markets for the Financial Times, the world’s leading newspaper covering finance and business. In 2007 she was awarded the Wincott prize, the premier British award for financial journalism, for her capital-markets coverage. In 2008, she was named British Business Journalist of the Year. She previously served as the newspaper’s deputy head of the Lex column (an agenda-setting column on business and financial topics), Tokyo bureau chief, economic correspondent, and foreign correspondent. She speaks regularly at conferences around the world on finance and global markets. She has a PhD in social anthropology from Cambridge University. In 2003, she published a book on Japan’s banking crisis, Saving the Sun: How Wall Street Mavericks Shook Up Japan’s Financial World and Made Billions.