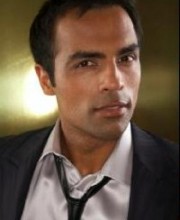 G was born in the town of Tarn Taran, near Amritsar in Punjab, India to Avtar and Arjinder Chahal. In 1985, his parents received a visa for America through a lottery-based system in India, and the following year, when he was four, the family settled in San Jose, California. His parents had arrived with only $25 to their name, and they struggled at menial jobs to make a future for their four children.

For the Chahal family, as for many immigrants, education was paramount.
However, at the age of 16, Gurbaksh dropped out of high school to pursue a dream as an entrepreneur and started his first company, ClickAgents. It was one of the first ad networks focused around performance based advertising. Eighteen months later, he sold it for $40 million to ValueClick.

In January 2004, Gurbaksh founded his second company, BlueLithium, this time with an insight into sophisticated new ways that data, optimization and analytics could help Web advertisers with behavioral targeting. BlueLithium was named one of the top 100 private companies in America for three years in a row by AlwaysOn, and in 2006, it joined Google, Skype and Salesforce.com in being named Innovator of the Year. In 2007, Yahoo acquired BlueLithium for $300 million in cash.

Through its proprietary and patent-pending “Social Retargeting” technology, RadiumOne allows companies to take advantage of the ever-increasing amount of “social” data on the Internet to zero in on the consumers most likely to be receptive to their messages. This helps not only companies, since they can make efficient use of limited Web advertising budgets, but also potential customers, since they are presented with messages more relevant to their needs. RadiumOne is headquartered in San Francisco, and is funded by several prominent Silicon Valley venture capitalists. Satellite offices are in New York, Los Angeles, Chicago and London.

On April 2010, Chahal was awarded the Leaders In Management Award and an Honorary Doctorate degree in Commercial Science from Pace University in 2010 in recognition for his career achievements as an entrepreneur. Much of that story Chahal himself told in his international best-selling book, “The Dream.”

Gurbaksh’s successes as an entrepreneur has also been noted in The New York Times, Entrepreneur magazine, Forbes and BusinessWeek. He has also been profiled on Oprah Winfrey Show, Bonnie Hunt and EXTRA.