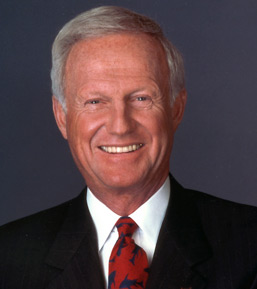 Harvey Mackay is the author of the #1 New York Times bestsellers Swim with the Sharks Without Being Eaten Alive and Beware the Naked Man Who Offers You His Shirt, both books are among the top 15 inspirational business books of all time, according to the New York Times. His books have sold more than ten million copies worldwide. His newest book Use Your Head To Get Your Foot In The Door: Job Search Secrets No One Else Will Tell You, was released on February 18, 2010. When Larry King interviewed Harvey in late February 2010, Larry said, “I really believe this is the most important book right now.” The book is already in its 4th printing as of March 1, 2010. It immediately climbed the bestseller list at Amazon.com and hit #1 in four categories: Job Hunting, Counseling, Vocational Guidance and Education. It can also be found on the Wall Street Journal Business Bestseller list.

Harvey writes a nationally syndicated newspaper column and is one of America’s most popular and entertaining business speakers. he is also the founder and chairman of MackayMitchell Envelope Company. He has been married to Carol Ann for forty-nine years. They have three children and nine grandchildren.