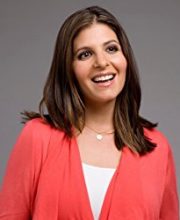 Heather Cabot is an award-winning journalist, adjunct professor at Columbia University Graduate School of Journalism and contributor to Women@Forbes. She is a former ABC News correspondent and anchor of World News Now/World News This Morning. Cabot jumped into the digital revolution when she was hired to serve as Web Life Editor for Yahoo! in 2007. During her tenure through 2012, she reported on how the Internet was transforming our everyday lives for Today, GMA, CNN, MSNBC, Fox News Channel and dozens of local TV and radio stations around the country. Cabot is an adviser to several women-led startups and is a member of Golden Seeds. She is married to her best friend, Neeraj Khemlani, President of Hearst Entertainment and her Columbia J ’93 classmate. They reside in the NYC area and are parents to tween twins and a GoldenDoodle named Midnight.