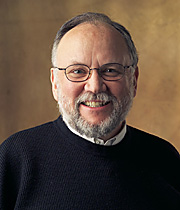 Howard Behar began his career in the furniture business where he discovered it was the people he loved, not the furniture. His sense of the customers as people, his concern for their needs, and his experience of being a part of people’s dreams for their homes and their lives helped him make the next successive moves in his retail career.

A frequent speaker on the topics of organizational and personal leadership, Mr. Behar serves on several profit and nonprofit boards, including Anna’s Linens, EZ Grill, Greenleaf Center for Servant Leadership, and University of Washington Foundation, and he is sponsoring a joint educational initiative with the University of Washington School of Social Work and the Business School. He also served as the Fritsky Leadership Chair 2008-2009 at the UW’s Foster School of Business. He lives in Seattle with his wife, Lynn, and he loves boating and spending time with his children and young grandchildren.