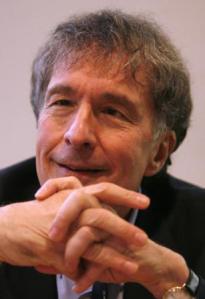 Howard Gardner is the John H. and Elisabeth A. Hobbs Professor of Cognition and Education at the Harvard Graduate School of Education. He also holds positions as Adjunct Professor of Psychology at HarvardUniversity and Senior Director of Harvard Project Zero. Among numerous honors, Gardner received a MacArthur Prize Fellowship in 1981. He has received honorary degrees from twenty-nine colleges and universities, including institutions in Bulgaria, Chile, Greece, Ireland, Israel, Italy, South Korea and Spain. In 2005 and again in 2008, he was selected by Foreign Policy and Prospect magazines as one of the 100 most influential public intellectuals in the world. Most recently, Gardner received the 2011 Prince of Asturias Award for Social Sciences. The author of twenty-nine books translated into thirty-two languages, and several hundred articles, Gardner is best known in educational circles for his theory of multiple intelligences, a critique of the notion that there exists but a single human intelligence that can be adequately assessed by standard psychometric instruments.

During the past two decades, Gardner and colleagues at Project Zero have been involved in the design of performance-based assessments; education for understanding; the use of multiple intelligences to achieve more personalized curriculum, instruction, and pedagogy; and the quality of interdisciplinary efforts in education. Since the middle 1990s, in collaboration with psychologists Mihaly Csikszentmihalyi and William Damon, Gardner has directed the GoodWork Project—a study of work that is excellent, engaging, and ethical. More recently, with long time Project Zero colleagues Lynn Barendsen and Wendy Fischman, he has conducted reflection sessions designed to enhance the understanding and incidence of good work among young people. With Carrie James and other colleagues at Project Zero, he is also investigating the nature of trust in contemporary society and ethical dimensions entailed in the use of the new digital media. Among new research undertakings are a study of effective collaboration among non-profit institutions in education and a study of conceptions of quality, nationally and internationally, in the contemporary era. His latest book, The App Generation: How Today’s Youth Navigate Identity, Intimacy, and Imagination in the Digital World, was published in October 2013.