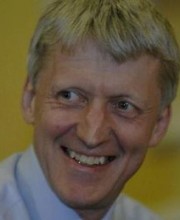 Jo Owen practices what he preaches as a leader. He has worked with over 80 of the best, and a couple of the worst, organisations in the world in a career which has crossed all the major continents and most industry sectors. He is a serial entrepreneur and founder of several successful start ups, including Teach First which is now one of the top graduate recruiters in the UK.

His leadership research is drawn from interviews and surveys with over 2000 managers at all levels, as well as research with traditional societies such as Mongol nomads, Saami reindeer herders, Laikipia in Kenya, Papua New Guinean tribes and even with French bureaucrats in The French Prime Minister’s office and beyond in a study conducted with Oxford University

He has two new books coming out this year (Power at Work and Tribal Business School). He has presented two TV series as a trouble shooter in challenging schools.

Jo Owen is able to mix theory with a strong dose of reality and a wide range of stories from planet management that make his advice both credible and digestible.

His career highlights include:
‘ Putting the blue speckle in Daz
‘ Selling his blood in Afghanistan
‘ Becoming the best nappy salesman in Birmingham
‘ Becoming the Head of Research (in fact, the only researcher) for the SDP: the SDP promptly collapsed.
‘ Building a business in Japan without speaking any Japanese. Japan went from imminent world domination to the permafrost of recession.
‘ Getting sued for $12 billion
‘ Starting a bank
‘ Presenting two TV series for the world’s most obscure channel: Teacher’s TV.
‘ Co-founding three national charities in the UK: Teach First, Future Leaders and Start Up for offenders.

His speaking and training topics include:
‘ Leading edge leadership
‘ Managing change
‘ Tribal business school: lessons of survival and success
‘ Managing your boss (for CIPD and CMI among others)
‘ Making a difference

As a leadership and power commentator on broadcast media he comments on:
‘ Political and business leadership: failures, successes, challenges and solutions