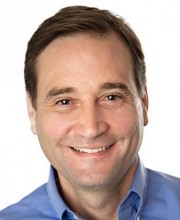 Jon Mertz enjoys starting a robust conversation, interacting with thoughtful people, and offering what he can to engage in meaningful actions on how to lead and live in better ways.

A farmer’s son, a political appointee during his twenties, and a marketing and business development leader over twenty-one years, Jon has worked in large and entrepreneurial companies like Deloitte, IBM, BMC Software, QuickArrow, and Corepoint Health. In 2014 and 2015, Trust Across America-Trust Around the World named Jon one of the Top 100 Thought Leaders for Trustworthy Business.

Jon graduated with an MBA from The University of Texas at Austin, McCombs School of Business, in 1993. He also has a BA in Government & International Affairs from Augustana College in Sioux Falls, South Dakota.