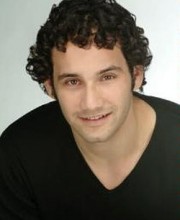 Josh Waitzkin, an eight-time National Chess Champion in his youth, was the subject of the book and movie Searching for Bobby Fischer. At eighteen, he published his first book, Josh Waitzkin’s Attacking Chess. Since the age of twenty, he has developed and been spokesperson for Chessmaster, the largest computer chess program in the world. Now a martial arts champion, he holds a combined twenty-one National Championship titles in addition to several World Championship titles. When not traveling the country giving seminars and keynote presentations, he lives and trains in New York City.