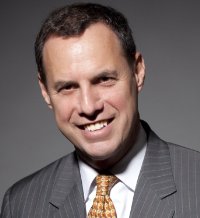 Kevin Allen is an expert in business development and leading companies to achieve their ambitions. He spent two decades on the front lines of business development at the top of advertising giants McCann-WorldGroup, the Interpublic Group and Lowe Worldwide and is recognized as one of the advertising industry’s most accomplished growth professionals. A much loved and respected new business guru, one of his close colleagues coined him the Billion Dollar Man!

A veteran of the Interpublic Group and a “Mad Man” of agency McCann Erickson, Kevin worked with such brands as MasterCard, developing the globally famous “Priceless” campaign, Microsoft, Marriott, Smith Barney, Nestle, L’Oreal, Lufthansa and Johnson and Johnson. At McCann, he created what is arguably one of the industry’s most envied new business programs, which named McCann Worldgroup the number one agency in new business and Global Agency of the Year, two years in a row.
As Lowe Worldwide Vice Chairman he played a pivotal role in the turnaround that named the company Ad Age’s “Turnaround Agency of the Year” in 2009. His unique approach brought the addition of such global accounts as Sharp, Ericcson, Beck’s, and emerging global clients like China Mobile. Over the course of his career, Kevin’s unique approach has played a leading role in bringing hundreds of millions of dollars in new billings to his agencies.
Kevin’s experience extends globally and across a wide range of sectors and situations both in the commercial, government and not for profit fields. He was an early part of Rudy Giuliani’s team that prepared the way for the successful Mayoral election and turnaround strategies for the City of New York.

Kevin Allen is a highly skilled growth professional and is uniquely positioned to teach companies- and individuals – how to “win”.