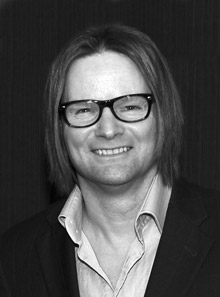 PROFESSOR KEVIN DUTTON was born in London in 1967. He has a Ph.D in psychology, and is an expert on the science of social influence. He is a research fellow at the Faraday Institute, St Edmund’s College, University of Cambridge, and Professor of the Public Understanding of Psychological Science at the University of Essex.

Flipnosis – The Art of Split Second Persuasion, published in the UK by William Heinemann, is his first book. In it, Kevin documents his time spent with some of the world’s top con artists, in his quest to find out whether these evil black-belts of mind control know more about persuasion than he does.

He is currently working on his second book, The Wisdom of Psychopaths, in which he explores the positive side of being a psychopath, and discovers, first hand, in a groundbreaking ‘How to make a psychopath’ experiment, what it is like to be one.

Kevin is a fellow of the Royal Society of Medicine, and also of the Society for the Scientific Study of Psychopathy.