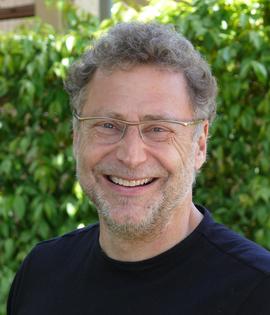 Leonard Mlodinow was born in Chicago, Illinois, to immigrant Jewish parents who were holocaust survivors. He received his PhD in theoretical physics from the University of California at Berkeley, and is now at Caltech. His book The Drunkard’s Walk: How Randomness Rules our Lives was a New York Times Bestseller, Editor’s Choice, and Notable Book of the Year, and was short-listed for the Royal Society book award. His other books include two co-authored with physicist Stephen Hawking — A Briefer History of Time, and The Grand Design. In addition to his books and research articles, he has written for the Wall Street Journal, the New York Times, and Forbes magazine, among other publications, and for television series such as McGyver and Star Trek: the Next Generation.