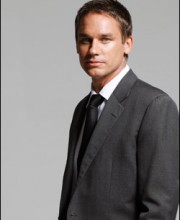 Marcus Buckingham has dedicated his career to helping individuals discover and capitalize on their personal strengths. Hailed as a visionary by corporations such as Toyota, Coca-Cola, Master Foods, Wells Fargo, Microsoft, and Disney, he has helped to usher in the “strengths revolution,” persuasively arguing that people are dramatically more effective, fulfilled and successful when they are able to focus on the best of themselves.

In his nearly two decades as a Senior Researcher at Gallup Organization, Buckingham studied the world’s best managers and organizations to investigate what drives great performance. His research laid the foundation for a string of “New York Times” bestselling books that use empirical data to challenge preconceptions about achievement. First, “Break All the Rules” (co-authored with Curt Coffman) kicked things off in 1999, followed by “Now, Discover Your Strengths” (co-authored with Donald Clifton, 2001), “The One Thing You Need to Know” (2005), “Go Put Your Strengths to Work” (2007) and “The Truth About You” (2008).

Buckingham’s latest book, “Find Your Strongest Life: What the Happiest and Most Successful Women Do Differently,” was inspired by the overwhelming response to his appearance on “The Oprah Winfrey Show”—100,000 unique contributors posted messages online after the show and 1.7 million people downloaded his three-hour workshop video. The book tackles head-on the numerous studies revealing a drastic decline in female happiness over the last 40 years, and offers strategies for reversing this disturbing trend.

In addition to “The Oprah Winfrey Show,” Marcus Buckingham has been featured on “Larry King Live,” “The Today Show,” “Good Morning America,” and “The View.” He has been profiled in “The New York Times,” “The Wall Street Journal,” “USA Today,” “Fortune,” “Fast Company,” and “Harvard Business Review.”

Buckingham founded TMBC in 2007 to create strengths-based management training solutions for organizations worldwide, and he spreads the strengths message in keynote addresses to over 250,000 people around the globe each year.

A member of the Secretary of State’s Advisory Committee on Leadership and Management, Marcus Buckingham graduated from Cambridge University with a Master’s Degree in Social and Political Science. He lives in Los Angeles with his wife Jane and children Jackson and Lilia.