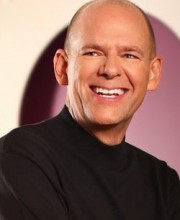 I began writing over decade ago when I was fortunate to team up with Ken Blanchard on “The Secret: What Great Leaders Know and Do.” In 2011 I released “The Secret of Teams” outlining the key principles that enable some teams to outperform the all the rest. “Great Leaders Grow: Becoming a Leader for Life” came next in 2012, followed by “The Heart of Leadership” in October 2013, and then the 10th Anniversary Edition of “The Secret” on September 2, 2014.

In 2015, CEO Blake Brown’s story continues in my new book, “Chess Not Checkers: Elevate Your Leadership Game” (April 6, 2015). Blake must learn that it’s time to stop getting checkmated by circumstances or competitors, and start thinking ahead and planning the next move. “Chess Not Checkers” is now available to pre-order on Amazon.

With more than 700,000 books in print, I’ve been surprised by the response and delighted to serve leaders through my writing.

In addition to writing, I really love speaking to leaders. Over the years, I’ve traveled extensively around the world teaching for numerous international organizations. My theme is always the same: encouraging and equipping leaders.

I also sell chicken. I started my Chick-fil-A career working as an hourly team member back in 1977. In 1978, I joined the corporate staff working in the warehouse and mailroom. Since then, I’ve provided leadership for Corporate Communications, Field Operations, Quality and Customer Satisfaction, Training and Development, and Organizational Effectiveness. Today I serve as the Vice President of Leadership Development. During my time with Chick-fil-A, annual sales have grown to over $5 billion and the company now has more than 1,700 restaurants in 39 states and the District of Columbia.

I’ve been married to my high school sweetheart, Donna, for more than 30 years and we have two sons, a daughter-in-law, and a beautiful granddaughter. I keep a full schedule and live an active life. I work hard to stay fit – but I also have a weak spot for Starbucks – specifically, Venti, two pump, soy, mochas with no whip. I also love photography. I’ve had the privilege to shoot in some of the world’s hardest-to-reach places, including… Mount Kilimanjaro, Everest Base Camp, Antarctica and the jungles of Rwanda.