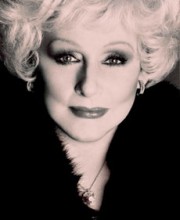 Mary Kay Ash stands out as one of America’s business giants. Her story is unique. Her ideas were bold. And her actions were revolutionary. They opened new doors of opportunity for women and left an indelible mark on American culture.

The story of this one-of-a-kind visionary reflects the great American dream. Hers was shaped by the “you can do it” spirit she learned as a child in Hot Wells, Texas. Because her mother had to work 14-hour days to support Mary Kay and her ailing father, little Mary Kay had to take on responsibilities well beyond her years.

Growing up, Mary Kay did more than embrace this empowering, can-do spirit – she lived it. When faced with new and daunting tasks in caring for her father, she would call her mother for guidance. Along with the guidance, her mother encouraged her by saying, “You can do it, Mary Kay. You can do it.” As an adult, Mary Kay would pass this spirit on through a remarkable company that would inspire millions of women for generations to come.

That company story didn’t begin until Mary Kay Ash faced a situation all too familiar to women in the early ’60s. After 25 years in the direct-selling business, Mary Kay Ash resigned a position as a national training director when yet another man she had trained was promoted above her – at twice her salary. Her response was visionary. At first, she started writing a book that would help women gain the opportunities she had been denied.

Sitting at her kitchen table, Mary Kay made two lists on a yellow legal pad. One list contained the good things she had seen in companies. The other featured things she thought could be improved. When she reviewed the lists, she realized she had created a marketing plan for a dream company.

So, in 1963, she put her plan into action. With her past experience, the plan and $5,000 in savings, Mary Kay Ash enlisted the help of her 20-year-old son, Richard, and created Beauty by Mary Kay. It was a first – a company dedicated to making life more beautiful for women. It was founded not on the competitive rule, but on the Golden Rule, on praising people to success and on the principle of placing faith first, family second and career third. It was a company – as Mary Kay Ash would say – “with heart.”

With steadfast commitment to these principles and her tremendous determination, dedication and hard work, Mary Kay nurtured her dream from a small direct sales company to one of the largest direct sellers of skin care and color cosmetics in the United States. Fortune magazine recognized the company as one of The 100 Best Companies to Work for in America and also named Mary Kay Inc. one of the 10 best companies for women.

Today, Mary Kay’s initial goal – providing women an unlimited opportunity for personal and financial success – still drives the Company to even greater heights. The vision, the courage and the unwavering spirit of Mary Kay Ash continue to help women achieve their potential and bring their dreams to life. With 1.8 million Independent Beauty Consultants in more than 30 markets worldwide, the Company continues to be one of the greatest success stories in business. And through it, the legacy of
Mary Kay Ash continues to inspire, enrich and empower women around the globe to believe that they can do great things.