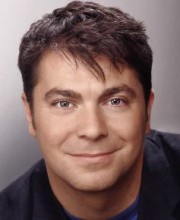 Matthew Kelly was born in Sydney, Australia, where he began speaking and writing in 1993. Since that time he has travelled in more than fifty countries and spoken to over four million people. He has written twelve books which have appeared on the New York Times, Wall Street Journal, and USA Today bestseller lists and have been published in twenty-five languages. His titles include: The Rhythm of Life, The Seven Levels of Intimacy, The Dream Manager, and Building Better Families.

In addition to his efforts to help individuals become the-best-version-of-themselves, Kelly is also a partner at Floyd Consulting, a Chicago based management consulting firm. His clients include: Pepsi, Procter and Gamble, the Department of Defense, McDonalds, USBank, 3M, Ernst & Young, HSBC, the U.S Navy, the U.S. Air Force, and more than 35 other Fortune 500 companies.

His core message, regardless of whether he is speaking in a business, a school or at a Church, invites listeners to become the-best-version-of-themselves. Kelly convincingly communicates this message as God’s desire for each of us. And he insists that it is also the desire of parents for their children, husbands and wives for each other, CEOs for their companies and employees, pastors for their communities and members, and managers for those they lead and instruct.