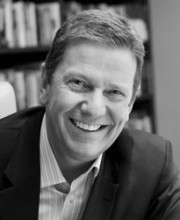 I am the former Chairman and CEO of Thomas Nelson Publishers, the seventh largest trade book publishing company in the U.S. I have worked in the book publishing industry for most of my career.

I began at Word Publishing while a student at Baylor University, where I majored in philosophy. I worked at Word for a total of six years. In addition to serving as Vice President of Marketing at Thomas Nelson in the mid-80s, I also started my own publishing company, Wolgemuth & Hyatt, with my partner Robert Wolgemuth in 1986. Word eventually acquired our company in 1992.

I was a successful literary agent from 1992 until early 1998. However, I really missed the world of corporate publishing. As a result, I rejoined Thomas Nelson in 1998. I worked in a variety of roles in both divisional and corporate management.

I was CEO from August 2005 to April 2011, when I was succeeded by Mark Schoenwald. I was Chairman from August 2006 until the company was acquired by HarperCollins in July 2012. Since that time, I have run my own company, Intentional Leadership.

My newest book, This Is Your Life: A Proven Plan to Get from Where You Are to Where You Want to Be, is on the subject of life planning. I wrote it with my friend, Daniel Harkavy, Founder, CEO, and Executive Coach of Building Champions. It is scheduled to be published by Baker Books in the spring of 2016.