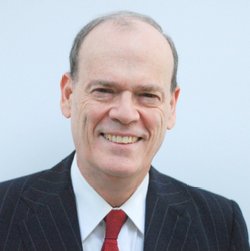 Michael Mandelbaum is the Christian A. Herter Professor of American Foreign Policy at The Johns Hopkins University School of Advanced International Studies in Washington, D.C. and is the director of the American Foreign Policy Program there. He has also held teaching posts at Harvard and Columbia Universities, and at the United States Naval Academy.

His most recent book, written with co-author Thomas L. Friedman, is THAT USED TO BE US: HOW AMERICA FELL BEHIND IN THE WORLD IT INVENTED AND HOW WE CAN COME BACK. Its publication date is September 5, 2011.

He serves on the board of advisors of The Washington Institute for Near East Policy, a Washington-based organization sponsoring research and public discussion on American policy toward the Middle East.

A graduate of Yale College, Professor Mandelbaum earned his Master’s degree at King’s College, Cambridge University and his doctorate at Harvard University.