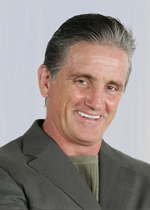 MICHAEL MASTERSON has developed a loyal following through his writings in Early to Rise (ww.earlytorise.com), an e-newsletter published by Agora, Inc. that mentors hundreds of thousands of success-oriented individuals to help them achieve their financial goals.

Masterson has been making money for himself and others for almost four decades. At one time or another, he’s owned and run multi-million dollar companies that were public/private, onshore/overseas, local/international, service-/product-oriented, retail/wholesale/direct mail, and even profit/not-for-profit.

Masterson is the author of the Wall Street Journal bestsellers Automatic Wealth: The Six Steps to Financial Independence; Automatic Wealth for Grads… and Anyone Else Just Starting Out; Power and Persuasion: How to Command Success in Business and Your Personal Life (all published by John Wiley & Sons); and Confessions of a Self-Made Millionaire. His next book, Seven Years to Seven Figures: The Fast Track Plan to Becoming a Millionaire (John Wiley & Sons) will hit bookshelves in October of 2006.