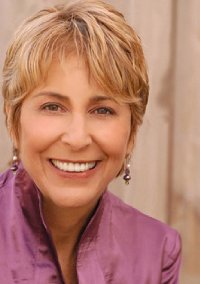 You may have seen Peggy Klaus on Nightline, the Today Show, and 20/20 or read her advice in the Wall Street Journal, Fortune, Newsweek, The New York Times, BusinessWeek, and O magazine. You may know her as the “brag lady” or–as one newspaper called her–a “bragologist” because of her popular book, BRAG! The Art of Tooting Your Own Horn Without Blowing It (Hachette Books Group, Hardcover 2003, Paperback 2004). Or you may know Klaus for the soft skills savvy she promotes in her second tome, The Hard Truth About Soft Skills: Workplace Lessons Smart People Wish They’d Learned Sooner (Collins, January 2008).

For more than a decade Klaus has provided communication and leadership training programs, keynotes, and executive coaching at leading corporations and organizations worldwide. Her client list reads like a who’s who of Fortune 500 companies, including firms such as JP Morgan Chase, MasterCard, Computer Associates, Chevron Corporation, Deloitte, General Mills, Goldman Sachs, The National Football League, Pacific Gas & Electric Company, American Express, Mattel, Booz Allen Hamilton, Kaiser Permanente, and PriceWaterhouseCoopers, among others. She reaches thousands each year through her workshops, keynotes and executive coaching.

With advanced degrees in drama, speech, and theatre from London’s Royal Academy of Music and the Drama Studio, Klaus began her career as an actor and classical singer. She then moved to Hollywood to become a producer, director, and coach who worked with actors, comedians, musicians, and broadcast news talent for productions at Paramount Studios, Warner Brothers, ABC, CBS, and NBC TV, among others.
In the mid 90’s, Klaus started getting panicked calls from friends on Wall Street and in Silicon Valley asking for help with their presentations at industry and press conferences, client meetings, and congressional hearings. Applying the same performance and communication techniques that she used successfully with stage, television, and film performers, Klaus left Hollywood behind to start Klaus & Associates. She quickly earned a reputation for teaching business professionals how to bring their best, most authentic and dynamic self to every situation.

Following her passion for working with youth, in early 2004 Klaus launched BRAG! Connections, a unique program in which teen girls are paired with professional women to learn and practice networking and self-promotion skills. Continuing her work with youth, she developed the educational curriculum, Soft Skills 101: Lessons for Teens on Getting Ahead at School, at Work, and in Life.

When she is not coaching, training, lecturing, making television appearances, or giving keynotes in the US, Europe, and Asia, Klaus can be found in Berkeley, California, where she lives with her husband and their adorable pup, Ernie.