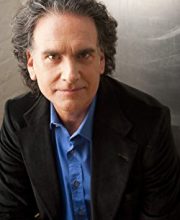 Emmy Award-winning musician Peter Buffett has an acclaimed career that spans more than 30 years as a professional musician, composer, philanthropist and author. He began his career creating music for early MTV bumpers of the ‘80s, and the climactic crescendo in the memorable “Fire Dance” scene in 1990’s Oscar winning film Dances with Wolves. Buffett received critical acclaim for his Native American-inspired music, composing the full score for 500 Nations- the eight-hour Emmy-awarded CBS miniseries produced by Kevin Costner, and the musical production Spirit: The Seventh Fire. Peter has released more than 15 records to date on his own imprints as well as Narada, Epic and Hollywood Records. He has collaborated with Grammy-nominated recording artist Akon as well as Grammy-winning artist Angelique Kidjo on human rights inspired songs. Buffett’s inspiring New York Times Best-Selling book, Life Is What You Make It, was released in paperback in May of this year. To bring the message of the book alive, Buffett has crafted Life Is What You Make It: A Concert & Conversation with Peter Buffett, a live music event that incorporates multi-media and personal stories to give the audience an authentic, inspirational, and impactful evening.