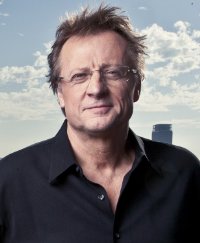 Phil Cooke is changing the way business and non-profit leaders influence and engage the culture. A writer, speaker, & filmmaker, network reporter Paula Zahn called him “Rare – a working producer in Hollywood with a earned Ph.D.” A description that may not be unusual for someone a major magazine has called a “media guru.”

Phil has produced programming in more than 40 countries around the world. He produced and directed “The Better Hour” – a one hour documentary broadcast nationally on PBS that told the story of William Wilberforce leading the campaign to abolish the slave trade throughout the British empire.

His company, Cooke Pictures (cookepictures.com) advises many of the largest non-profit and religious organizations on how to engage today’s culture more effectively through media.

He was a former founding partner in the media production company TWC Films (twcfilms.com), that produced national advertising and media content for some of the largest companies in the country, including two TV commercials for Super Bowl 2008.

His books and online blog at philcooke.com are changing the way non-profit & religious organizations tell their story worldwide. He’s lectured at universities like Yale, University of California at Berkeley, UCLA, and is an adjunct professor at The King’s University in Los Angeles.

His new book “One Big Thing: Discovering What You Were Born to Do” will be published by Thomas Nelson and released in July, 2012.