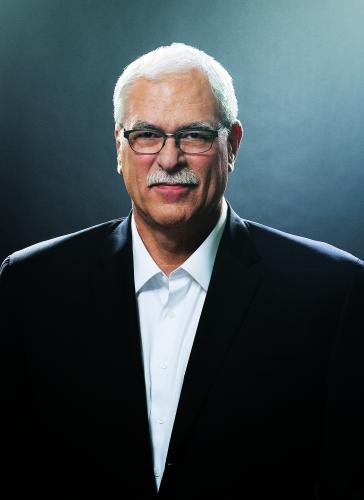 Philip Douglas “Phil” Jackson (born September 17, 1945) is an American retired professional basketball coach and former player. Jackson is widely considered one of the greatest coaches in the history of the National Basketball Association (NBA). He was the head coach of the Chicago Bulls from 1989 until 1998, during which Chicago won six NBA titles. His next team, the Los Angeles Lakers, won five NBA titles from 2000 until 2010. In total, Jackson has won 11 NBA titles as a coach, surpassing the previous record of nine set by Red Auerbach. He also won two championships as a player, and holds the NBA record for the most combined championships (13) as a player and a head coach. He also has the highest winning percentage of any NBA coach (.704). Jackson won championships as a player with the New York Knicks in 1970 and 1973.