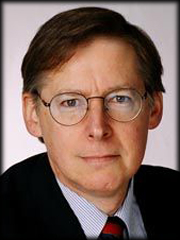 Phil Rosenzweig is a Professor at IMD, the International Institute for Management Development, in Lausanne, Switzerland, where he works with leading companies on questions of strategy and organization.

A native of the San Francisco Bay Area, Phil studied economics at the University of California, Santa Barbara, and earned an MBA at UCLA. In 1980 he joined Hewlett-Packard, where he worked for six years in a variety of finance and marketing functions. As a marketing manager for HP’s leasing unit, he developed financing options for corporate customers, and was also responsible for training leasing specialists at sales offices across the United States.

In 1986, Phil began his studies at the Wharton School of the University of Pennsylvania, receiving his Ph.D. in 1990. From 1990 to 1996, he was on the faculty of Harvard Business School, teaching business policy in the MBA program. In 1996, Phil and his family moved to Europe, where he joined the faculty at IMD. Currently, he directs and teaches in executive development programs for leading companies.

In addition to his work at IMD, Phil works directly with companies as a teacher, facilitator, and speaker. He has taught extensively in executive programs around the world, including the Unites States, South America, the United Arab Emirates, Malaysia, Japan, as well as throughout Europe.