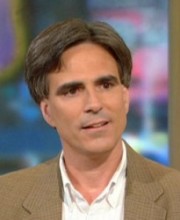 Randy Pausch was a professor of Computer Science, Human Computer Interaction, and Design at Carnegie Mellon University. From 1988 to 1997, he taught at the University of Virginia. He was an award-winning teacher and researcher, and worked with Adobe, Google, Electronic Arts (EA), and Walt Disney Imagineering, and pioneered the non-profit Alice project. (Alice is an innovative 3-D environment that teaches programming to young people via storytelling and interactive game-playing.) He also co-founded The Entertainment Technology Center at Carnegie Mellon with Don Marinelli. (ETC is the premier professional graduate program for interactive entertainment as it is applies across a variety of fields.) Randy lost his battle with pancreatic cancer on July 25th, 2008.