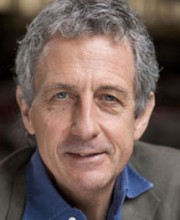 Robert Lacey is an historian and biographer whose research has taken him from the Middle East (“The Kingdom: Arabia and the House of Saud”) to America’s Mid-West (“Ford: the Men and the Machine”). “Majesty”, his pioneering biography of Queen Elizabeth II, is the definitive study of British monarchy – a subject on which Robert lectures around the world, appearing regularly on ABC’s Good Morning America and on CNN’s Larry King Live.