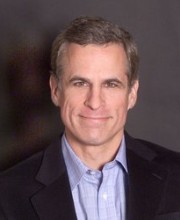 Prior to joining Harvard Business School in September 2005, Rob served as Vice Chairman of The Goldman Sachs Group, Inc. with oversight responsibility for the Investment Banking and Investment Management Divisions. He was also a member of the firm’s Management Committee and served as Co-Chairman of the firm’s Partnership Committee and Chairman of the Goldman Sachs Pine Street Leadership Program. During his career at the firm, he also served in various other capacities including Global Co-Head of the Investment Banking Division (1999 to 2002), Head of the Corporate Finance Department (1994 to 1999) and Head of Asia-Pacific Investment Banking (1990 to 1994). Rob became a partner in 1990.

Rob is the founding Co-Chair of the Harvard Neuro Discovery Center Advisory Board. He is also Co-Chairman of the Board of Project A.L.S., Co-Chairman of the Board of the TEAK Fellowship, Co-chair of the Executive Committee for Harvard University Office of Sustainability Greenhouse Gas Emission Implementation Planning, and is a member of the Boards of the Harvard Medical School, Harvard Management Company (served as Acting President and Chief Executive Officer, November 2007 to June 2008), the Ford Foundation, and the Jewish Theological Seminary. Previously, Rob was appointed by the Governor of Kansas as a member of the Kansas Healthcare Policy Authority Board (2006-2010) and also served as a member of the Investors Advisory Committee on Financial Markets of the Federal Reserve Bank of New York.

Rob is a member of the Board of the State Street Corporation, is a Senior Advisor to Indaba Capital Management, LLC, is an Advisory Director of Berkshire Partners LLC and is chairman of the Investment Advisory Committee of Google, Inc. Previously, he was a member of the Board of Bed, Bath and Beyond, Inc. (1994-2009). He also serves in an advisory capacity for a number of companies.

Prior to attending business school, Rob was a certified public accountant at Peat Marwick Mitchell & Co in Kansas City.