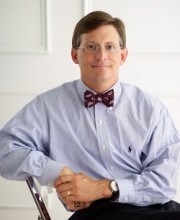 Rodd Wagner is a New York Times bestselling author and a principal of Gallup. He and Gallup Vice Chairman Gale Muller, Ph.D., are authors of Power of 2: How to Make the Most of Your Partnerships at Work and in Life. Wagner and James K. Harter, Ph.D., are authors of 12: The Elements of Great Managing, an American and Canadian bestseller published in 10 languages.

Wagner’s books, speeches, and consulting focus on how human nature affects business strategy. He advises government leaders and senior executives in many industries on the best ways to increase their organizations’ performance.

Wagner received a master’s degree in business administration with honors from the University of Utah Graduate School of Business. He was formerly the research director of the Portland Press Herald in Maine, a reporter and news editor for The Salt Lake Tribune, and a radio talk show host. When not writing or consulting, Wagner enjoys fly-fishing, snowboarding, and coaching youth lacrosse. He, his wife, Nora, and their three children live near Minneapolis.

Gale Muller is Vice Chairman of Worldwide Research and Development for Gallup. As the Project Leader for the Gallup World Poll, Muller oversees a global team of researchers who study and report on the voices of citizens in more than 130 countries and areas. This program represents one of the largest research programs in the world and includes topics such as wellbeing, Muslim-West relations, poverty, and economic development.

During his 30-plus years at Gallup, Muller ran a worldwide network of more than 300 consultants and researchers who were located in more than 40 cities throughout the world. He has developed multiple selection instruments and engineered their deployment in organizations around the world and developed research-based strategies for growth for dozens of organizations.

Muller joined Gallup in 1973. From 1975-1979, he was a member and later general manager of SRI Perceiver Academies, then the company’s educational consulting and training division. He served as Director of Operations for Gallup’s survey research center from 1979-1984. As Director of Analysis from 1984-1999, Muller was a primary consultant on and developed research-based marketing plans and growth strategies for many of Gallup’s major accounts. Throughout his career, he has worked on many of Gallup’s key client accounts for clients in the automotive, entertainment, telecommunications, healthcare, and broadcast industries.

Muller received his bachelor’s degree in mathematics and his master’s and doctorate degrees in educational psychology and measurements from the University of Nebraska-Lincoln. He serves as a secretary/treasurer for the Village Foundation, a nonprofit organization dedicated to developing Nebraska youth. Muller currently serves on the executive board of the Nebraska Special Olympics, is past president of the board of directors of the Community Blood Bank of Lincoln, Nebraska, and is a board member for the Nebraska Human Resources Research Foundation.