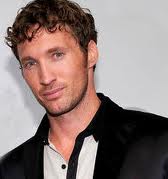 Ryan Blair is a serial entrepreneur, establishing his first company, 24-7 Tech when he was only twenty-one years old. Since then, he has created and actively invested in multiple start-ups and has become a self-made multimillionaire, known for going from “long shot” to “big shot” even when the odds are against him.

After he sold his company ViSalus Sciences to NYSE:Blyth in early 2008, the global recession took the company to the brink of failure resulting in a complete write off of the stock and near bankruptcy. Ryan as CEO went “all in” betting his last million dollars on its potential and turned the company around from the edge of failure to more than $150,000,000 a year in revenue in only 16 months winning the coveted DSN Global Turn Around Award in 2010.
But like most of us in the “real world”, that success wasn’t just handed to him. Now, for the first time, Ryan is sharing his unique story with the world.

“Nothing to Lose, Everything to Gain” is Ryan’s new book, revealing the true-life story of how his disadvantaged beginnings might have ruined his life, but instead, with an unexpected mentor and patient support, Ryan turned his life around.

His business expertise has gotten him appearances on CNBC, MSNBC, and Fox Business, and he has been featured in Time, BusinessWeek, Sports Illustrated, the Wall Street Journal, and Forbes, as well as other major media.

With the book’s publication, Ryan hopes to do the same for other people who wish to flip life’s failures into massive success. Hard knocks can become cold, hard cash if you get a well placed shove in the right direction. Ryan strives to help MILLIONS achieve just that…