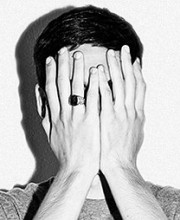 Ryan Holiday is a media strategist and prominent writer on strategy and business. After dropping out of college at 19 to apprentice under Robert Greene, author of The 48 Laws of Power, he went on to advise many bestselling authors and multiplatinum musicians. He served as director of marketing at American Apparel for many years, where his work was internationally known. His campaigns have been used as case studies by Twitter, YouTube, and Google and written about in AdAge, the New York Times, Gawker and Fast Company. His first book, Trust Me I’m Lying: Confessions of a Media Manipulator–which the Financial Times called an “astonishing, disturbing book” was a debut bestseller and is now taught in colleges around the world. His subsequent books, Growth Hacker Marketing and The Obstacle is the Way were both published by Penguin/Portfolio.

He currently lives in Austin, Texas and writes at RyanHoliday.net, Thought Catalog and for the New York Observer.