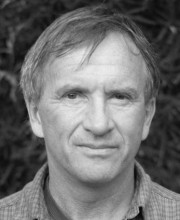 A resident of Bend, Oregon, author and speaker Sam Carpenter has been featured by hundreds of media, including NPR, ESPN radio, US News Radio, and Small Business Television. President and CEO of Centratel (www.centratel.com), the premier telephone answering service in the United States, Sam has a background in engineering, publishing, telecommunications and journalism. In October 2012, the third edition of Work The System: The Simple Mechanics of Making More and Working Less was published.

With Mike Giles of the UK, Sam is co-founder of the Work the System Academy, launched in January 2012. Together, they also created Work the Systems Consultants.

Originally from upstate New York, and an Oregonian since 1975, Sam’s outside interests include mountaineering, skiing, cycling, reading, traveling, photography and writing. He is married to Linda Carpenter who is CFO at Centratel and heads up the graphic design elements of the Academy project.