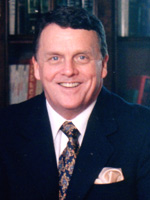 Spencer Johnson, M.D., is one of the world’s most beloved authors and respected thinkers. His books have helped tens of millions of people enjoy more happiness and success with less stress, at work and in life.
Dr. Johnson is often referred to as “the best there is at taking complex subjects and presenting simple solutions that work.”
His eleven international bestsellers include the #1 titles: Who Moved My Cheese?® An A-Mazing Way to Deal with Change, the most widely read book on change, The One Minute Manager®, the world’s most popular management method for more than two decades, coauthored with Ken Blanchard, and The Present: The Gift For Changing Times a unique way to deal with the past, present and future. His latest, Peaks and Valleys: Making Good and Bad Times Work For You, has become another New York Times Bestseller.
Dr. Johnson received a B.A. degree in Psychology from the University of Southern California, an M.D. degree from the Royal College of Surgeons, and completed medical clerkships at the Mayo Clinic and Harvard Medical School.
He has served as Medical Director of Communications for Medtronic, the original innovators of cardiac pacemakers; Research Physician at the Institute for Inter-Disciplinary Studies, a medical-social think tank; Consultant to the Center for the Study of the Person, Consultant to the School of Medicine, University of California San Diego; Leadership Fellow at the Harvard Business School and Advisor to Harvard’s Center for Public Leadership.
His work has captured the attention of major media, including The Associated Press, the BBC, CNN, Fortune, the New York Times, the Today show, Time magazine, USA Today, United Press International and leading media in Europe, South American and Asia.
Based on simple, universal truths, his books are read in practically every country in the world, where they also top bestseller lists.
The New York Times Book Review, in a 2005 article on Chinese publishing, reports that Spencer Johnson’s book Who Moved My Cheese? has become China’s all time bestselling translated work, now with official sales of over four million copies to date.
In South Korea The Present was the #1 book of the year in 2004 with over 500,000 copies of the Korean edition in print.
In Japan, Who Moved My Cheese? sold over 4,500,000 copies to become the #1 bestselling book in Japan’s history by a non-Japanese author.
There are more than fifty million copies of Spencer Johnson’s books in print worldwide in more than forty-seven languages.