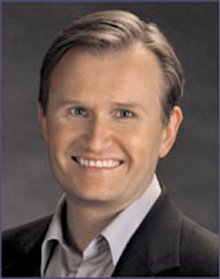 In January 1991, my life was going downhill fast. I’d just been arrested for felony grand theft after a few prior arrests for misdemeanors. I got expelled from college because I ditched most of my classes. I played video games for up to 18 hours at a time. I’d fallen into a pattern of self-destructive, out-of-control behavior.

I didn’t know how at the time, but I decided I had to make some serious changes. I really didn’t want to spend my adult years wearing orange pajamas.

I began listening to personal development audio programs, and I liked the positive messages they shared. Sometimes I listened to them for 2-3 hours per day. This had a major effect on my attitude, thoughts, and beliefs. I gradually began setting goals, working on my self-discipline, and overcoming bad habits.

Soon I started over at a new college. Thanks to all this positive conditioning, I was able to take triple the normal course load, and I graduated in only 3 semesters with a double major in computer science and mathematics. At graduation I was presented with special award given to the top computer science student. I was amazed at the powerful transformation I went through as a result of exposing myself to daily inspiration.

After college I started a computer games business and ran it for 10 years. For the first 5 years, it was a real struggle. I sank into debt and went bankrupt. But I didn’t give up because I understood the value of persistence. I kept going and eventually turned the business around. For the next 5 years, it did very well. Our games won several awards, and we had a write-up and photo published in the New York Times.

As I began to appreciate the amazing payoffs from investing in personal growth, I devoured many more books in the field and eventually read more than 1000 of them. I listened to audio programs and went to seminars to keep learning and growing. Soon I was formulating my own insights to build upon this knowledge — and to connect the dots between what I’d learned from others and what I’d experienced for myself.