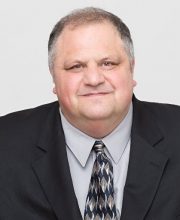 Steve Silberman is an American writer based in San Francisco, California. Silberman is best known as a writer for Wired magazine, where he has been an editor and contributor for 14 years. In 2010, Silberman was awarded the AAAS “Kavli Science Journalism Award for Magazine Writing.” His featured article “The Placebo Problem” discussed the impact of placebos on the pharmaceutical industry.

Silberman’s 2015 book about autism and neurodiversity was awarded the Samuel Johnson Prize. Silberman’s Wired article “The Geek Syndrome”, which focused on autism in Silicon Valley, has been referenced by many sources and has been described as a culturally significant article for the autism community. Silberman’s Twitter account made Time magazine’s list of the best Twitter feeds for the year 2011.