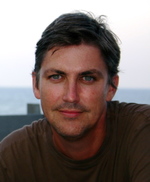 Steven Johnson is the best-selling author of four books on the intersection of science, technology and personal experience. His writings have influenced everything from the way political campaigns use the Internet, to cutting-edge ideas in urban planning, to the battle against 21st-century terrorism.

His latest work, the national bestseller Everything Bad Is Good For You, was one of the most talked about books of 2005. Steven argues that the popular culture we love to hate—TV, movies, video games—are getting better and are making us (and our children) smarter. In addition to his books, Steven is a contributing editor for Wired magazine and a monthly columnist for Discover magazine. He is a Distinguished Writer In Residence at the New York University Department of Journalism. He lectures widely on technological, scientific, and cultural issues, both to corporate and education institutions.

Steven’s argument in Everything Bad Is Good For You builds on brain research he investigated in his previous bestseller Mind Wide Open: Your Brain And The Neuroscience of Everyday Life. In that book, Steven uses his own personality as the test case for describing how the new brain science is yielding new understandings of human personality. Emergence: The Connected Lives of Ants, Brains, Cities and Software was on four prestigious “Best Book of the Year” lists and was named a New York Times Notable Book. It was a finalist for the 2002 Helen Bernstein Award for Excellence in Journalism. Steven’s books have been translated into a dozen different languages.

He was the cofounder and editor-in-chief of FEED, the revolutionary web magazine blending technology, science and culture with a truly innovative interface. Newsweek named him one of the “Fifty People Who Matter Most on the Internet.” In addition to his columns, he’s published in The New York Times, The Wall Street Journal, The Nation, and many other periodicals. He’s also appeared on many high-profile televisions programs, including The Charlie Rose Show, The Daily Show with Jon Stewart, and The NewsHour with Jim Lehrer.