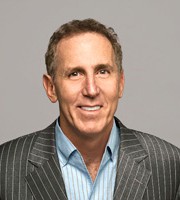 Tony’s most recent book, “Be Excellent at Anything: The Four Keys to Transforming the Way We Work and Live,” was published in May 2010 and became an immediate New York Times and Wall Street Journal bestseller. His previous book, “The Power of Full Engagement: Managing Energy Not Time,” co-authored with Jim Loehr, spent four months on the New York Times bestseller list and has been translated into 28 languages.

Tony is a frequent contributor to the Harvard Business Review, and is one of HBR.org’s most popular bloggers.

Tony began his career as a journalist. He has been a reporter for the New York Times, an editor at Newsweek, a staff writer at New York and Esquire, and a columnist for Fast Company. He also co-authored the #1 worldwide bestseller “The Art of the Deal” with Donald Trump, and wrote “What Really Matters: Searching for Wisdom in America.”

Tony has delivered keynotes to audiences around the world and has worked with leaders at dozens of organizations including Google, Sony, Ford, Barclays Capital, Wells Fargo, Ernst and Young, Intel, Oracle and Kraft, as well as the Los Angeles Police Department, the Cleveland Clinic and the National Security Agency.