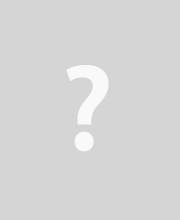 Recently featured in Entrepreneur Magazine, TSUFIT is the author of Step Into The Spotlight! : A Guide to Getting Noticed. TM Tsufit coaches entrepreneurs to promote and publicize their dream business. TSUFIT also coaches business owners to write and perform dazzling infomercials for networking functions and to add sparkle to their longer presentations.

A singer, television actress and comedienne and the subject of over 100 feature articles and television and radio interviews, TSUFIT has appeared doing standup comedy on “She’s So Funny”, appeared on television and film commercials and was a regular as the comedically evil cafeteria lady in “System Crash”, all airing nationally. And yes, that’s her dancing under a Carmen Miranda headdress of tomatoes in an East Side Mario’s commercial!

TSUFIT’s CD “Under the Mediterranean Sky” has made Top Album lists all over North America and is played on the radio internationally. TSUFIT’s unique story was the subject of a half hour national television documentary and featured in the Toronto Star.

TSUFIT is in demand as a speaker, workshop facilitator, TV show guest and mom (although she is not currently taking on any new clients in the last category!)