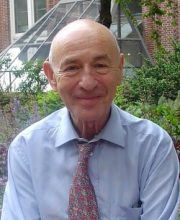 Walter Mischel (born February 22, 1930) is an American psychologist specializing in personality theory and social psychology. He is the Robert Johnston Niven Professor of Humane Letters in the Department of Psychology at Columbia University. A Review of General Psychology survey, published in 2002, ranked Mischel as the 25th most cited psychologist of the 20th century.